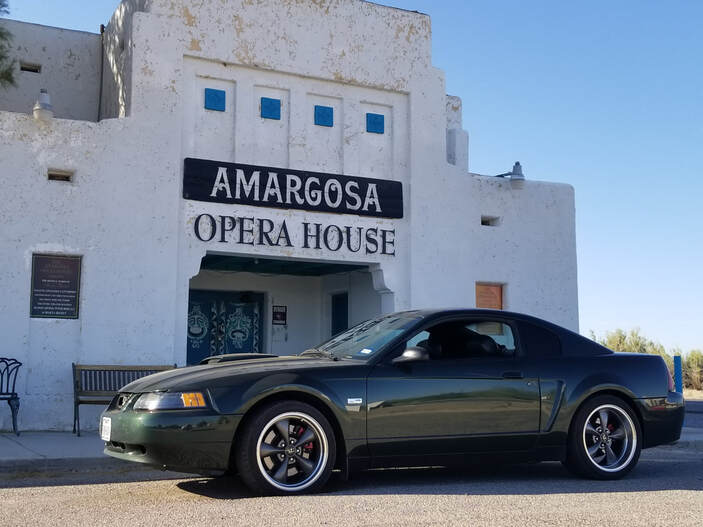 In March of 2001 I took a business trip to San Francisco and while waiting for my plane, I stopped at Hudson News picked up a Mustang magazine. I read about a new Mustang version that Ford was coming out with called the Bullitt.  Having a rather positive memory of the movie and thinking the picture of it looked pretty decent, I figured I would stop by a dealer at some point to see one.  I finished up the job in San Francisco and flew back home almost forgetting about the car until about a month later. The price seemed reasonable so I ordered it with all of the options.  I was a bit anxious to take delivery, never thinking where the car would bring us and all who we would meet along the way.

After almost a year of talking with the gang on IMBOC, I met up with everyone when we met in Detroit for the 100th anniversary. I booked a room at a completely different hotel as I was unsure if I wanted to expose my young daughters to these people I had met on the internet!  That proved to be a big mistake. I instantly regretted being at another hotel because my wife and I realized they were great group of people. From that day forward, I was hooked on the Bullitt people and the community around this car.

Over the years we have traveled from coast to coast meeting new friends. Some I call family. Some have come and gone and others are there forever in our lives and in our hearts. I never would have suspected as much when I first ordered this car.
more stories