never too old for bullitt 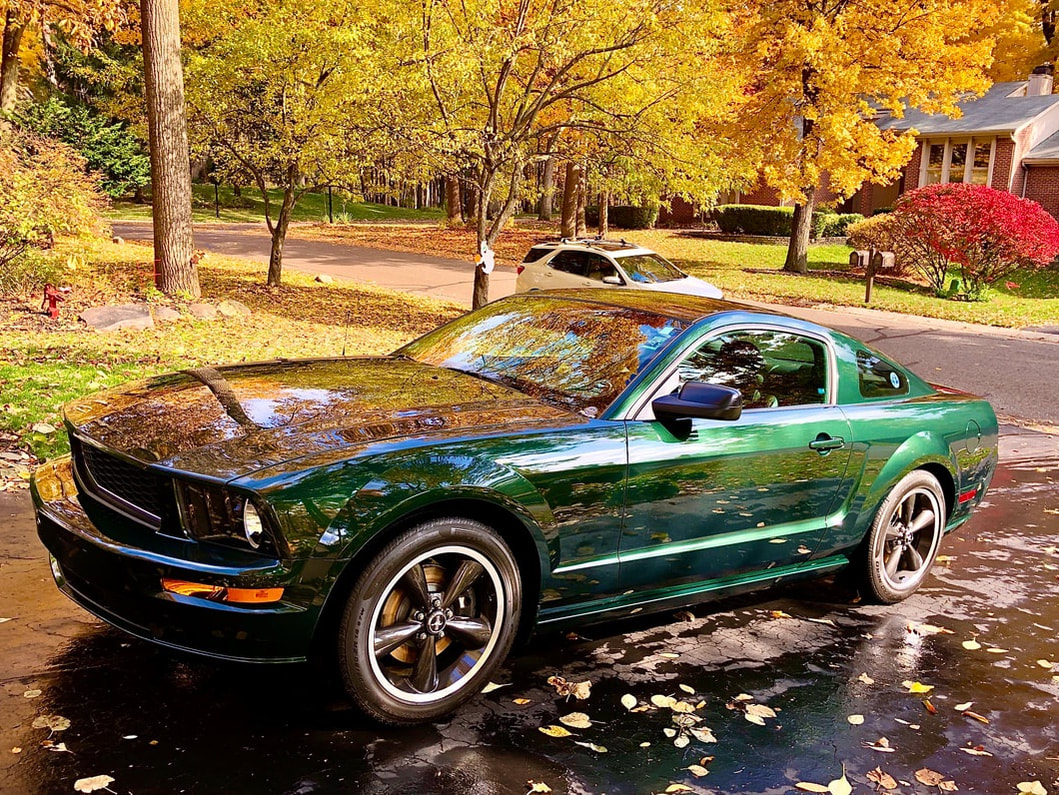 ​I went to Bill Brown Ford in Livonia, Michigan. I checked out prices for the GT models and found them too steep. I asked the salesman about lightly used Mustangs, and he replied they had very few in stock with manual transmissions. He checked the new arrivals in inventory and found a car, noting that I might not be interested. I said I would check it out anyway. He directed me to the used car lot, and I went inside the office when I didn't see a Mustang outside. When I opened the door, there was my dream car all shiny and looking like it rolled off the Flat Rock assembly line - a 2009 Bullitt. I climbed inside to check out the interior. It smelled brand new. There were only 1764 miles on the odometer, and it was just as beautiful on the inside as outside. The used car salesman told me it had just been put on the floor that day and that two other people were interested in it. I made the quickest decision of my life and committed to purchasing this treasure.

This car became a life changer for me as it opened up the world of car culture. I began going to car shows. I joined the Motor City Bullitts club. I also joined a great group of auto designers, engineers, and gearheads who meet for breakfast every Saturday through the year. It is the highlight of my week. My beautiful and cherished Bullitt is what keeps me young. Who would think that I could find my dream car on the first try? I like to think fate intervened and brought me to that dealership on that very day.
more stories