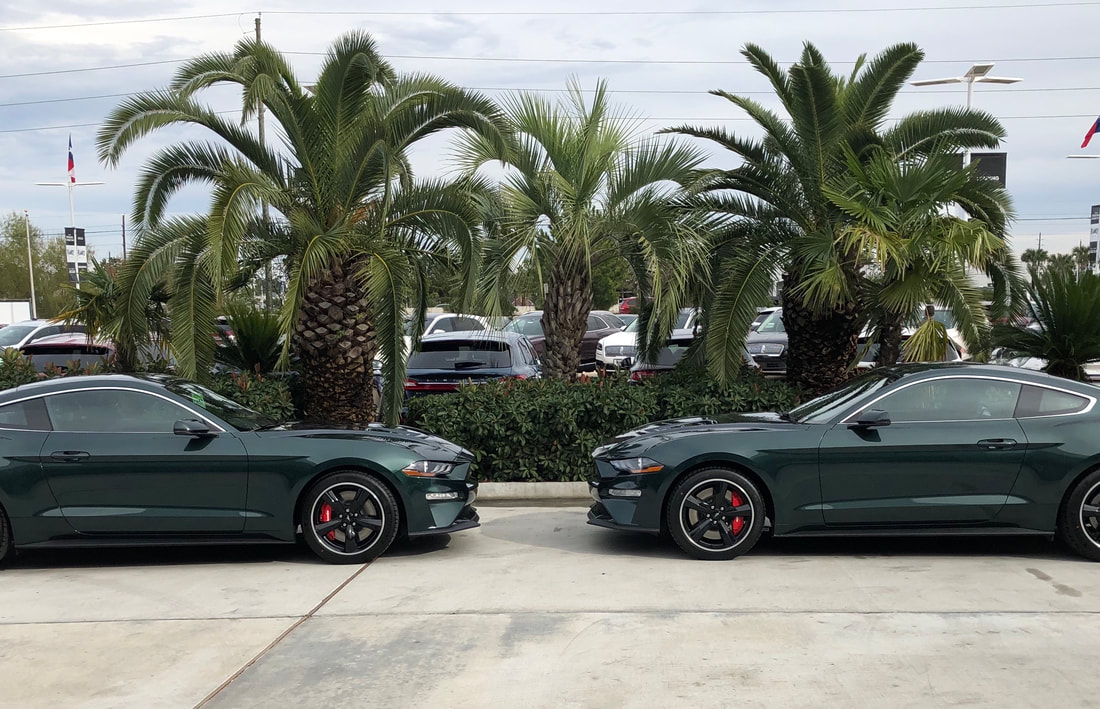 Here’s a story of how not to buy a car.

I owned (you know, really, the bank did) both of these Bullitts. On Dec 29, 2018, I went to the Ford store to buy the Bullitt I had seen on their showroom floor.  I walked in about 10am and told the salesman I wanted that car and I needed to be done by noon because we had guests coming to the house at 1pm. It seemed to take forever to complete the sales process.  I traded in my Ruby Red GT and they finished enough prep so they released the car at about 1:30 with the understanding that I’d bring it back on Monday for them to complete the dealer prep. When I got in the car to drive home, I immediately became aware it had Recaros.  Duh! I had been so focused on “getting that car now” I didn’t notice it had the Recaro seats.

Since it was going to be my daily driver, I was somewhat dismayed at that fact because they aren’t comfortable for daily use in my world.  I parked it in the garage for the weekend. Monday morning, I took the car back as agreed to for the final prep. I walked in and told the salesman I was not happy with the Recaros and asked what could be done.  As luck would have it, they had another Bullitt in the showroom with regular seats. I asked “Can’t I just trade it for this one?” Initially they were hesitant to do so, but ultimately agreed to the swap. I agreed to pay the option price for the Recaros, which further helped them agree to swapping I suppose.

The photo shows the Recaro version on the left and the regular seat version on the right, just after I’d taken possession of the car. An interesting side note is that these two cars have sequential VINs. But the “K” numbers are not sequential.

Lessons Learned:
1.  Don’t expect it to be a quick process. So don’t be in a hurry.
2.  We all know you can get a better price for used car on private sale.
3.  Last but not least: Pay attention to what you’re buying!  I’m guilty of being completely blinded by the “Gotta have it now” syndrome.

Bottom line:  I love my Bullitt, drive it daily, and it makes me smile!
more stories