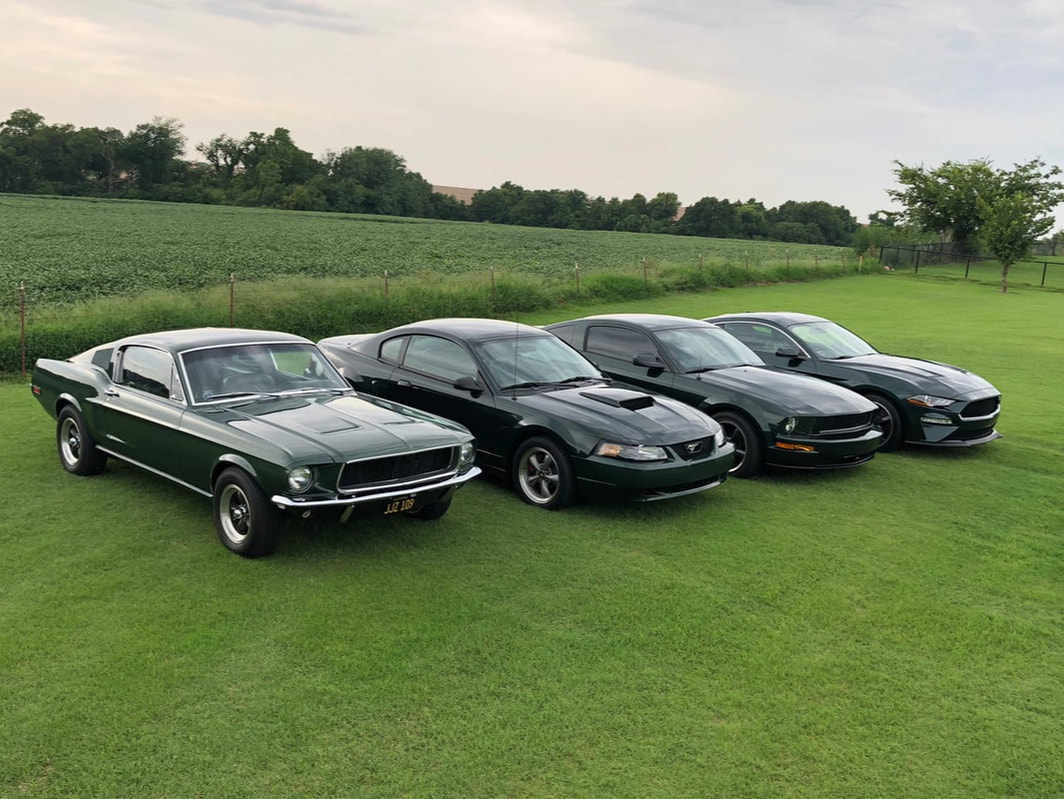 My son, Robbie, has always been interested in Mustangs. His first one was an '06 Tungsten GT.  His next one was an '08 Bullitt. He wanted to build a '68 GT fastback Bullitt movie tribute car.

We found a '68 Highland Green fastback in Indiana that was a good prospect. It became a full ground up restoration that turned out beautiful. The '08 Bullitt was sold to a collector in California and was sorely missed, so Robbie and family made a vacation of travelling to Carson, Nevada to buy it back.

By this time, I had become a Mustang fan. We bought my wife a '16 Ruby Red GT. We had anticipated an ‘18 Bullitt to be a 50 year commemorative model but it turned out to be ‘19 model year car. It was my turn to buy a Mustang so a Bullitt was ordered in Apr, 2018. During the five-month wait, we realized the only Bullitt we would not have was the '01 model. After meeting some of the guys on the Hoondog Performance Group Legacy Tour of Rt. 66, we found out about an '01 Bullitt that we might add to the collection. We bought it from Charles Jones in Houston a couple of months before the '19 Bullitt was delivered. The '01 had 8,000 miles and was absolutely immaculate. The arrival of the '19 Bullitt in August completed our "quadfecta".

I can't really explain our fetish for Bullitts, but I expect it might be related to my 29 years at the Oklahoma City Police Department before I retired and the fact that Robbie is a Detective Sergeant with 23 years there also. The police connection with the 1968 movie and the fact that Steve McQueen was the coolest cop ever may have played a part in our interest. Robbie's wife drives a '17 GT so really the whole family is infected. There are a lot of ponies in the corral.
more stories