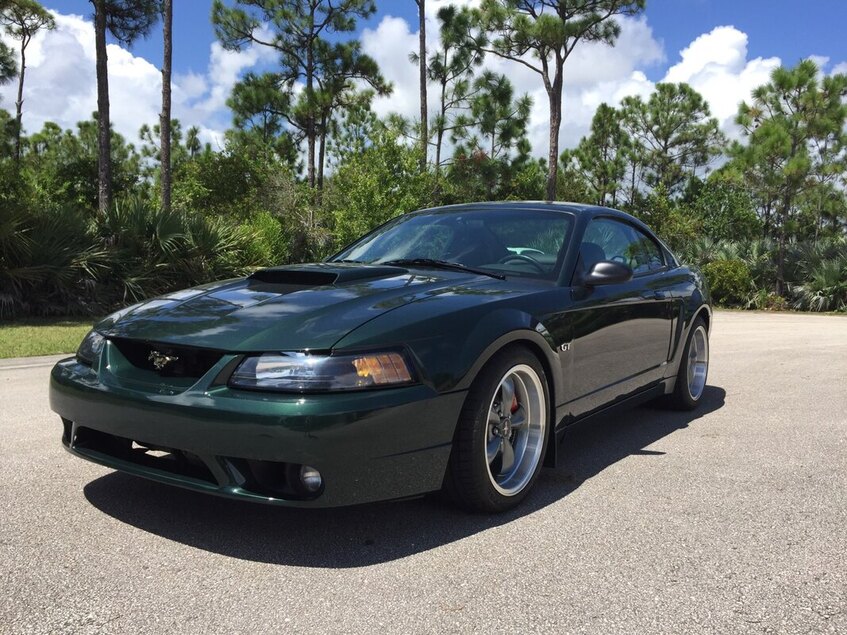 I bought my first Dark Highland Green 2001 Bullitt new in the California Bay Area, where I lived and worked for a short time, and kept it for several years before trading it at Rizzo Ford in RI (my home State) for a 2003 Mustang "Terminator" Cobra. I began to regret trading the Bullitt several years later after having moved to South Florida.

Then one day, I believe in 2009, I was driving on Okeechobee Blvd in West Palm Beach when I noticed a Saleen Mustang headed in the opposite direction with Rob Rizzo at the wheel. I did a U-turn and followed him into his Lincoln-Mercury dealership. When we exited our vehicles, we both laughed at seeing each other 1400 miles away from our last encounter in RI over 5 years later. I asked if he still had "my" Bullitt, to which he responded in the affirmative. We chatted a bit, exchanged phone numbers, and then I headed home not giving it another thought.

Several months later I got a call from Rob saying that "my" Bullitt was for sale, and he was looking to get $15,000 for the car. At the time, the economy was not doing well and I thought the asking price was too high, even though the car had only 11,000 miles the odometer. That was the last time I ever talked to Rob as his dealership closed a short time later and somehow I lost his contact information. Opportunity lost!
​
Fast forward to December 2014, when after looking on eBay and Autotrader for several years, I spotted what appeared to be a pristine low mileage (27,000) Dark Highland Green 2001 Bullitt in Kansas. I flew to Kansas City a week or so later to look at the car, and drove it home the next day. Five years later I am very happy that I went back to a Bullitt, with only a tiny bit of remorse that I didn't buy back my first Bullitt when I had the chance. And so it goes...
more stories